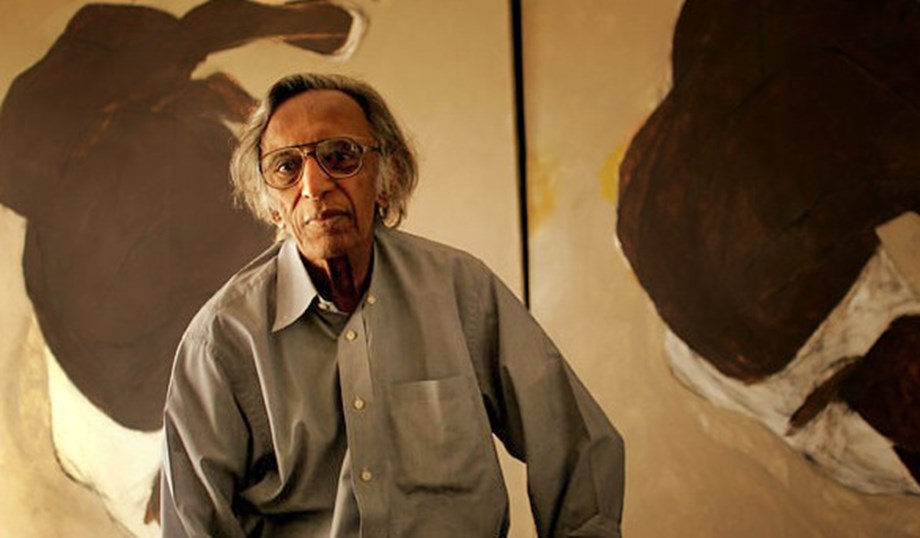 Two masterpieces by Indian modernist Tyeb Mehta will debut at the upcoming Astaguru Modern Indian Art Sale. The auction, which will be held on December 27 and 28, will also feature works by avant-garde Indian painters, including MF Husain, FN Souza and Krishen Khanna, the online auction house announced.

“It gives us immense pleasure to present our collectors with such rare and unique works by notable artists such as Tyeb Mehta, Rameshwar Broota, Ganesh Pyne, MF Husain, MV Dhurandhar, NS Bendre, FN Souza. The highlight of our auction among other works of art are the two Tyeb Mehtalot no. 14 and lot no. 35 that appear for the first time in an auction,” said Sunny Chandiramani, Vice President of AstaGuru.

Leading the auction are two works by artist Tyeb Mehta – ‘Figure With Bird’ and ‘Diagonal’.

While ‘Figure With Bird’, a significant masterpiece as it was possibly the first instance of Mehta incorporating a bird motif into his images, is estimated at Rs 14-16 crore; ‘Diagonal’, a large-scale work reaching almost 6 feet, is considered a defining moment in the artist’s practice as before that he was dedicated to painting expressionist works.

”With the ‘Diagonal series’, the artist embarked on a new method of painting with a flatter perspective. This change in style allowed him to accentuate the definition of the image and Tyeb Mehta finally arrived at his signature style. Therefore, this lot presents a rare opportunity to acquire a painting from a very significant phase of the artist’s career. The work is estimated at Rs 12-14 crore,’ Astaguru said in a statement.

Another key work in the sale will be an oil on canvas painting by master painter MV Dhurandhar whose works rarely feature in an auction given their rarity. The artwork, which is expected to arouse strong interest among collectors due to its theme and size, is estimated at Rs 2 crore-2.5 crore.

Going Under the Hammer will also be a 10-foot oil on canvas by artist Krishen Khanna. The color scheme of the painting is reminiscent of the color composition adopted by the artist for his works on the subject of “The Last Supper”. It will be offered at an estimate of Rs 1 crore- 1.3 crore.

A beautiful landscape work, ‘Manor House’, by FN Souza will also feature in the auction. Estimated at Rs 3 crore-4 crore, the 1957 painting which is reminiscent of Victorian-style architecture professes Souza’s skill with lines.

A large-scale abstract landscape work by artist Ram Kumar, valued at Rs 5 crore-7 crore, is also part of the auction.

It will also feature five works by artist MF Husain, including a large-scale work depicting his interpretation of an important scene from the religious epic Mahabharata, inspired by the scriptures of various religions, which was created in front of a live audience. .

(This story has not been edited by the Devdiscourse team and is auto-generated from a syndicated feed.)