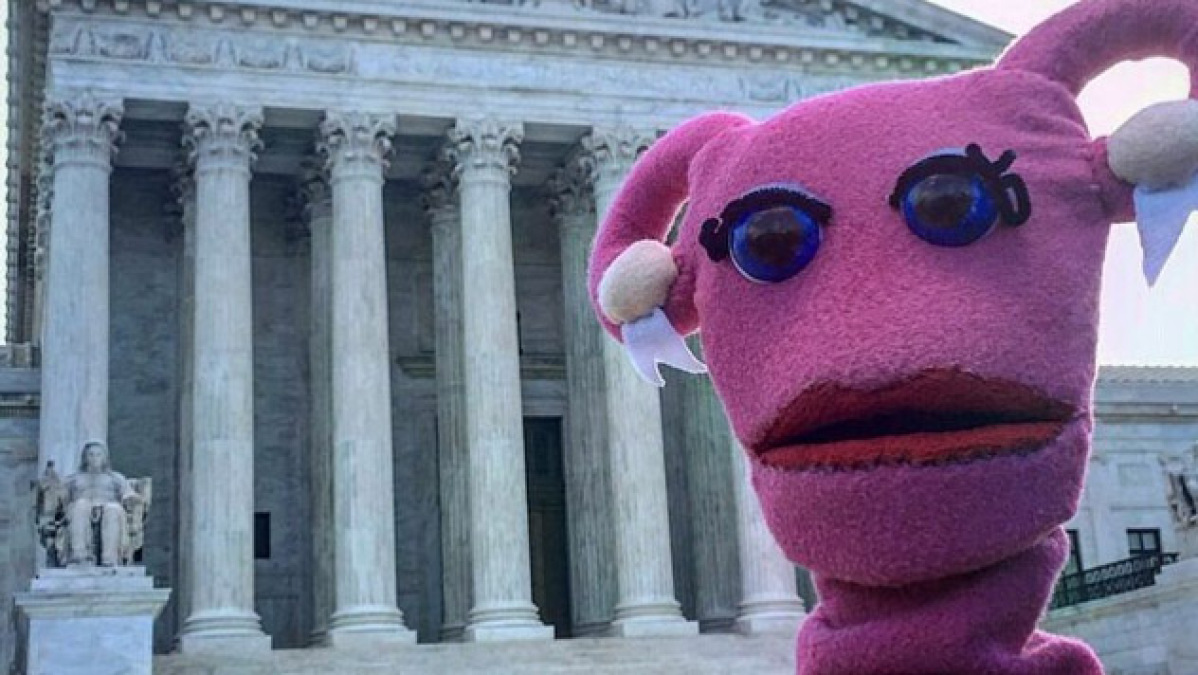 The uterus is the unofficial mascot of reproductive rights activism

Dust off your satin uterus costume. It is time to protest.

The uterus, an internal organ worshiped by many, has long been a visual representation for brazen reproductive rights activism. Now that symbol of support is on the steps of the Supreme Court, thanks to shameless protests.

Inside the abortion clinic where no one whispers, no one is ashamed

Wednesday marked the beginning oral arguments in the largest abortion rights case to come to court in decades. The case, Whole woman’s health c. Hellerstedt, challenges Texas abortion regulations passed in 2013. Judges must determine whether the laws place an undue burden on women seeking abortion, which would be unconstitutional.

To make their arguments heard outside the closed door, many activists, as part of the #StopTheSham protests, enlist the help of a good old friend: the womb.

Of course, this is a bit silly. But uterine imagery has a long-standing precedence in the movement for a reason: activists have found the humor works as a tactic to alleviate some of the sting of the protest.

Activists have found that humor works as a tactic to ease some of the sting of protest.

After all, protesting is often an emotionally draining job. Activists constantly grapple with high-stakes personal issues that can take their toll on even the coldest defenders. But, to help reduce some of that heaviness, humor helps.

An added bonus of those clever chants, sassy signs and even cheeky costumes is that they attract the attention of the general public. The contrast between a heavy problem and a light presentation makes people pause and pay attention. Difficult things become surprisingly accessible.

So while a hand puppet on the uterus will undoubtedly cause a laugh, it also gets you thinking and getting a message across. The proof of the impact is in the protest.

Protesters stand outside the Supreme Court with uterus-themed placards during a protest on March 2.
Credit: Susan Walsh / Associated Press

Do you have something to add to this story? Share it in the comments.