PARIS, October 19, 2022 /PRNewswire/ — International organization Art Basel (owned by MCH Group) is set to open its first Paris+ art fair (October 20-23), which replaces the FIAC. The change follows a wave of new gallery openings in the French capital, including Skarstedt, David Zwirnerand Peter Kilchmann, as well as the addition of new branches for Gagosian and Continua, and the inauguration of the Pinault Collection at the former Trade Exchange (Commercial Exchange). Taken together, these developments clearly illustrate from Paris ambitions to regain a dominant position in the global art market in the post-Covid and post-Brexit era.

“Due to its history, Paris will always remain a center of modern and impressionist art; but the French capital must today carve out a place for itself in contemporary art and, of course, in ultra-contemporary artor risk completely missing the digital train“, says thierry Ehrmann, CEO of Artmarket.com and founder of Artprice.

“The efforts made by United States after the Second World War demonstrated the influence that a strong market can have in stimulating artistic creativity and giving it international visibility. This is why we are very proud with Artmarket.com to support the ADIAF ((Association for the International Diffusion of French Art) and the Marcel Duchamp Prize“.

Over the past twenty years, the turnover of works of art auctions has grown at the same rate in France as in the rest of the world, both in terms of transaction volume and auction turnover. But if we focus solely on the Contemporary Art segment (artists born after 1945), we realize that Paris generated 3.2% of global auction revenue in 2000, but only 2.6% in 2021 and only 1.8% in the first half of 2022.

It is this context that prompted the NMR (Meeting of National Museums) to launch a call for tenders for the rental of its Grand-Palais for a new Contemporary Art Fair in Paris. Previously awarded to the FIAC for almost half a century, it is now awarded to the MCH group for the next seven years. The innovative proposals of the “Art Basel” fairs, organized by MCH Group in Basel, miami and hong kongshould revitalize a Parisian market place that has become a little too complacent. Thus, instead of the 48th edition of the FIAC, the City of Light is about to discover the “great premiere” of Paris+.

The Marcel Duchamp Prize awarded to…

The month of October is of considerable importance for the Parisian art market with many events benefiting from the magnetic attraction of its great contemporary art fair. It is also an excellent opportunity for the ADIAF to award the Marcel Duchamp Prize to one of the four shortlisted artists this year: Giulia AndreaniIvan Argote, Philippe Decrauzat and Mimosa Echard. Artprice is proud to support this initiative and congratulates the 2022 winner, Mimosa Echard.

During the week of October 17 to 23, Artprice identified no less than twenty Art auctions in the French capital. Christie’s will host two major sessions there (“Modern Art” and “Avant-Garde(s)”), and will also distribute the magnificent African collection of Béatrice and Patrick Caput.

Sotheby’s, for its part, chose to organize its major Fine Art sales the following week (October 24-26), considering Paris+ and the tumult that will accompany it like a perfect springboard.

“Phillips will not be opening an auction house in the near future. France“

The world’s third-largest auction house, by Fine Art turnover, has confirmed that it has no plans to hold sales in the French capital. For now, Phillips is focusing on the New York – London – hong kong dynamic for its top-of-the-range sales in its specialist fields: contemporary and post-war art (as well as watchmaking, jewelery and design).

Bonhams, meanwhile, is pursuing a completely different expansion strategy with the acquisition of Cornet of Saint-Cyractive in both France and Belgium. Without overshadowing the French capital, Brussels offers a fairly natural development opportunity for many players in the Parisian art market. Le Templon, Obadia and Almine Rech galleries have gradually set up there, while others prefer Geneva Where Luxemburg: two cities with free ports.

MCH Group has made contemporary art the main locomotive of its Art Basel editions by selecting only the most prestigious local and international galleries and by creating synergies with the world of fashion and technology (hence the sign “+” in the name of the fair). Blockchain Tezos – of French origin – has also become one of the main partners of Art Basel.

As we mentioned, Paris struggles to assert itself on the contemporary and ultra-contemporary art market. His top three auction results above $20 million in the first half of 2022 concerned old and modern works:

In H1 2022, the best French result for a Contemporary work (i.e. produced by an artist born after 1945) capped at $1 milliona threshold which, this year, has already been crossed 47 times in hong kong51 times in London and 71 times in New York.

The latest Ultra-Contemporary Art Market Report from Artprice by Artmarket highlights the difficulties France face when it comes to nurturing his own contemporary art scene. For example, in 2021, paintings by Claire Tabouret – the most successful French artist under 40 at auction – were sold in London (49% of its auction turnover), New York (30%) and hong kong (20%).

Paris+ by Art Basel, therefore has the mission of putting the French capital back at the heart of the international contemporary art market, while espousing its history and specificity.

Artmarket.com is listed on the Eurolist of Euronext Paris, SRD long only and Euroclear: 7478 – Bloomberg: PRC – Reuters: ARTF.

Discover Artmarket and its Artprice department in video: www.artprice.com/video

See the certified biography in Who’s who ©:
Biography_thierry_Ehrmann_2022_WhosWhoInFrance.pdf

Artmarket is a global player in the Art Market with, among other structures, its Artprice department, world leader in the accumulation, management and exploitation of historical and current information on the art market in banks of data containing more than 30 million indexes and auction results, covering more than 793,000 artists.

Artprice by Artmarket, world leader in art market information, has set itself the ambition through its Global Standardized Marketplace to be the world’s leading Fine Art NFT platform.

Artprice Images® provides unlimited access to the largest Art Market image bank in the world: no less than 180 million digital images of photographs or engraved reproductions of works of art from 1700 to the present day , commented on by our art historians.

Artmarket with its Artprice department permanently accumulates data from 6,300 Auction Houses and produces key Art Market information for the main press and media agencies (7,200 publications). Its 5.4 million users (‘members log in’+social networks) have access to ads posted by other members, a network which today represents the first Global Standardized Marketplace® for buying and selling works of art at a fixed or knocked-down price (auctions regulated by paragraphs 2 and 3 of article L 321.3 of the France Trade code).

Artmarket with its Artprice department, obtained the State label “Innovative Company” by the Public Investment Bank (BPI) (for the second time in November 2018 for a new period of 3 years) which accompanies the company in its project of consolidating its position as a world player on the art market.

The Artprice 2022 half-year report: the art market returns to strong growth in the West:
https://www.artprice.com/artprice-reports/global-art-market-in-h1-2022-by-artprice-com

Artprice 2020/21 report on the contemporary art market by Artmarket.com:
https://www.artprice.com/artprice-reports/the-contemporary-art-market-report-2021

Index of press releases published by Artmarket with its Artprice department:
server.server.com/Press_Release/pressreleaseFR.htm

Discover the alchemy and universe of Artmarket and its artprice department https://www.artprice.com/video whose seat is at the famous Museum of Contemporary Art of Organe “La Demeure du Chaos” (dixit Le New York Times): https://issuu.com/demeureduchaos/docs/demeureduchaos-abodeofchaos-opus-ix-1999-2013 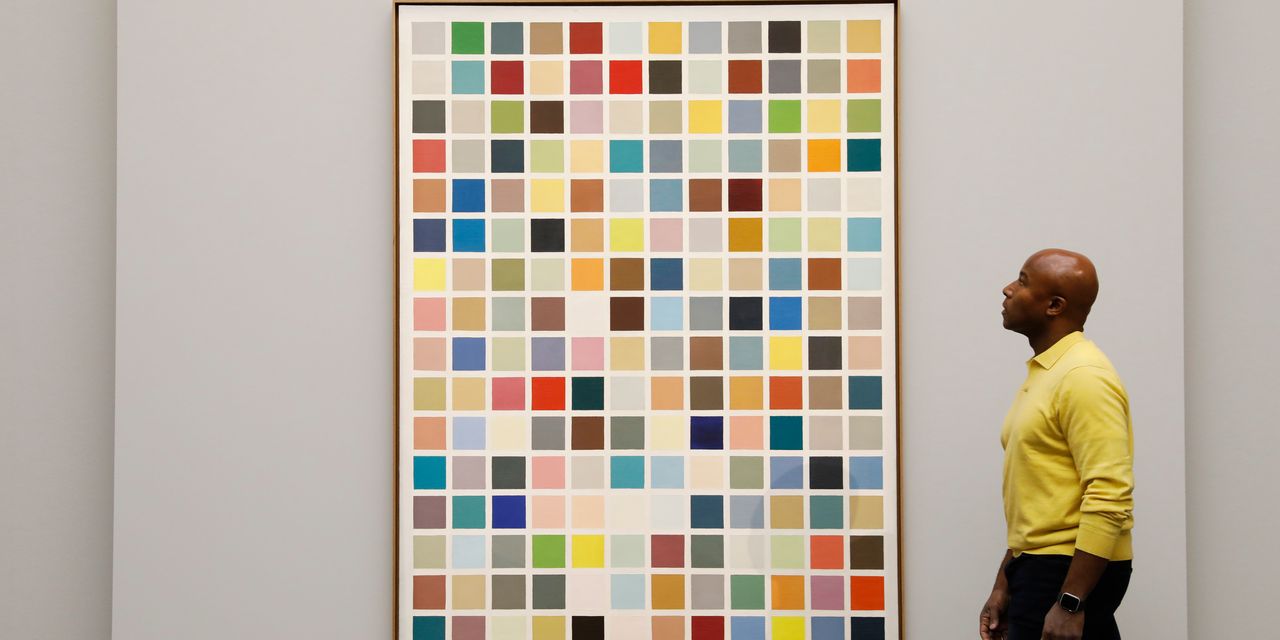