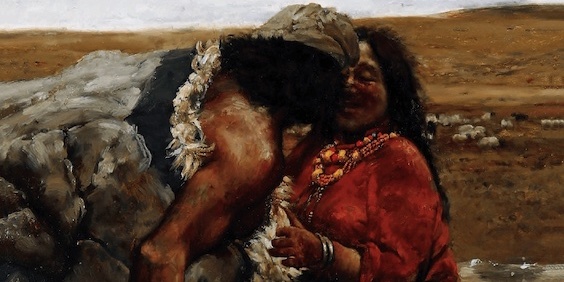 After the beatings sustained in spring 2020 by the Covid-19 crisis, the contemporary art market has jumped, with $ 2.7 billion in auctions recorded between June 2020 and June 2021, according to Artprice, which released its annual report on Monday. The record figure follows the 36 percent drop hit the market in the first half of 2020 and was largely driven by a shift to online sales and the rapid rise in popularity of NFTs, the former in response to global pandemic lockdowns, and the latter in part due to the The rapid rise of Ethereum and the resulting wave of newly created young crypto-millionaires eager to invest in art.

Analysis of sales contributing to the market boom revealed changing tastes, with works that translate well in the digital arena, such as photographs and prints, being picked up by collectors. Sales of sculptures, however, have plummeted, perhaps in part because of a global fear of touching strange surfaces – or any surface, really – as Covid, fueled by vaxx money and the Delta variant, continues to spread rapidly. NFTs accounted for around 33% of online sales and around 2% of the total art market.

The booming Asian art market has also been the engine of growth: the report found that Hong Kong is now the second capital of contemporary art after New York and that China has overtaken the United States in terms of auction turnover, accounting for 40% of sales. The United States was second in sales, with 30 percent, and the United Kingdom third, with 16 percent. Artprice further highlighted a ‘Black Renaissance’, noting that the strong demand for works by non-white artists’ was transforming the landscape of major museums, art fairs, private collections and the entire marketplace of art. ‘art’.

Jean-Michel Basquiat remained the best-selling contemporary artist at auction, with his work generating $ 93.1 million in sales; in second position was Beeple, thanks to the March sale by Christie’s of its NFT 2021 Daily — The first 5,000 days for $ 69.3 million. Third place went to 68-year-old Chinese artist Chen Danqing. An American resident for more than four decades, Chen saw his oil on board Shepherds, 1980, sold for a record $ 25.2 million in Beijing last June.