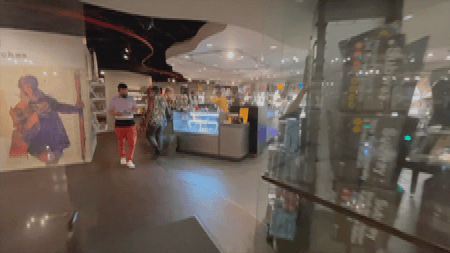 
NEW YORK – Millions of commuters move around the city in a blur every day.

A new exhibit at the New York Transit Museum offers visitors a chance to examine the faces and expressions of passengers. Six artists are featured in “Transit Sketches” and their work spans nearly a century of transit journeys.

Ebony Bolt has been drawing in notebooks for over a decade.

“I like the people you meet on the train. They come from all the districts. all countries. Art finds me, ”she said.

Bolt is drawn to the project because transit and the museum bring people together and seek to bond.

Concetta Bencivenga is director of the New York Transit Museum.

Artists like Bolt are the inspiration for the free exhibit at Grand Central East New York.

“We put the spotlight on the artists of the system and it reminds us that our life takes place in the system,” she said.

It is a showcase of the range of expressions on the faces of the riders and the emotions that each one experiences during a ride. The Downtown Brooklyn Museum has yet to reopen. It’s scheduled for the end of the summer.

How to lead a loving organization