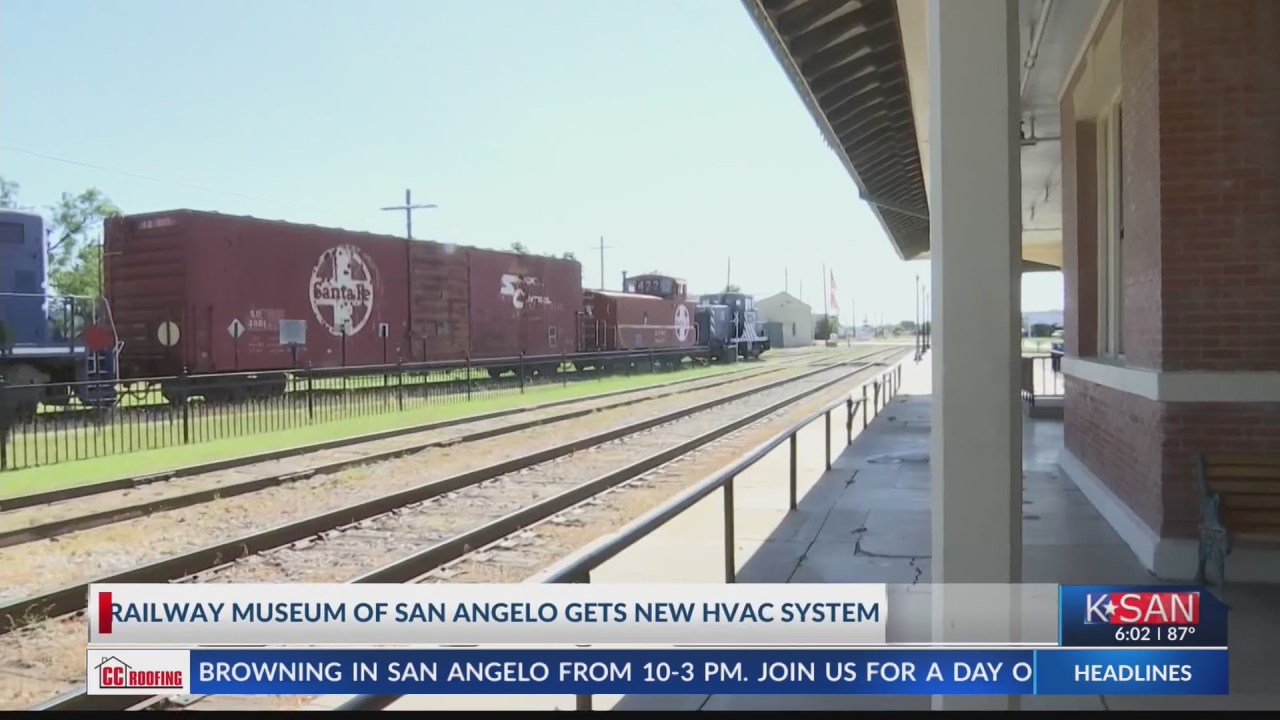 Relief and opportunity directed to the San Angelo Railway Museum

SAN ANGELO, Texas – The Railway Museum of San Angelo and its guests will receive some much-needed relief. The air conditioning system at the railway museum has been out of order for about a year now, causing high temperatures inside. After receiving grant approval, the board is already taking steps to secure a new HVAC system that will do more than just cool the building.

“Putting everything in order, from the bookkeeping to the simple preparation of the land so that people know that everything that happened here was good for the community,” said Suzanna Valenzuela, president of the board of directors of the Museum of the Way of iron.

This is the mission of the board of directors of railway museums since a new management took power in 2019.

Part of improving RMSA’s role in the city is fixing an air conditioning problem that lasted a year, but an order was placed. An HVAC system is on the way thanks to a grant from The Health Foundation, totaling more than $ 73,000. Receiving this was no easy feat and after much trial and error the board decided to hire a grants writer.

“She gave us specific instructions on what information she needed and put it all together for us in a nice format and submitted it to the Health Foundation for us,” Valenzuela said.

The work of the author of the grant revealed that the income had increased by 85%. Business grows and once the units arrive the museum can enter a new era of technology.

“We will actually have the ability to adjust the temperature from our phones, the board will have it,” Valenzuela said.

Katherine Keane of San Angelo named as one of 11 members of Gov. Abbott’s Texas Nonprofit Board

“All of that efficiency is going to help us save money, and all of that savings will go into museum operations to help us do other things,” said Valenzuela.

Other things like attracting people to the railroad to learn its history.

“Without the railroad we wouldn’t have been able to develop our oil and gas business, the Goodfellow air base, they brought the soldiers that way,” Valenzuela said. “So the railroad really helped this community grow and become what it is today.”

The Railway Museum is partnering with Parsons Heating and Air who have already made a plan of where the units will go, and the units are expected to be delivered in 8-10 weeks.