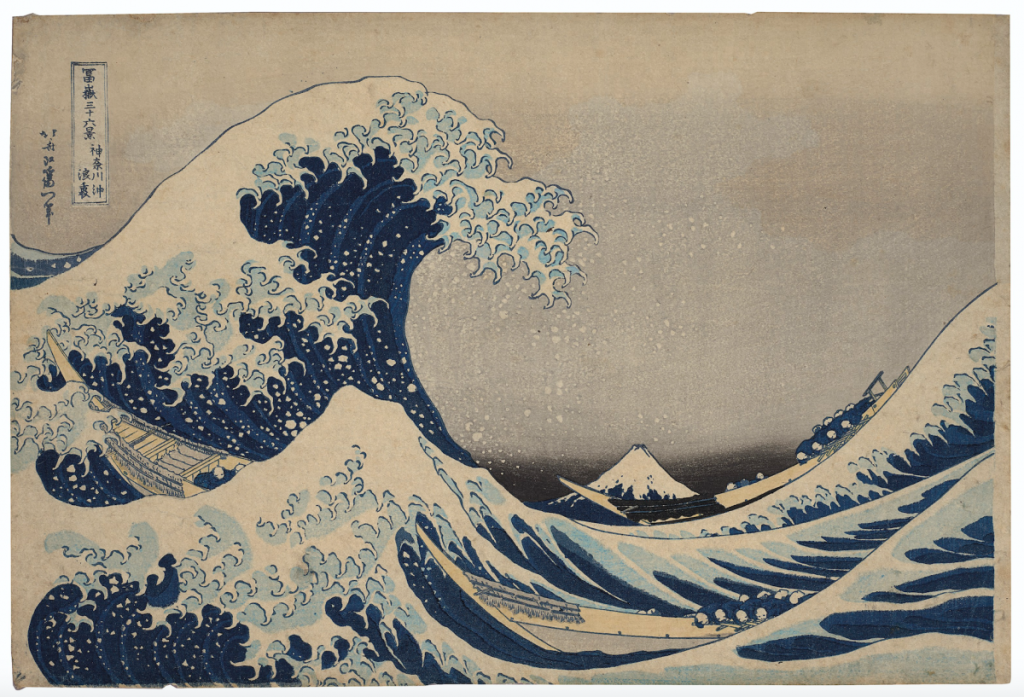 On Tuesday, an auction of Japanese and Korean art during Christie’s Asia Auctions Week in New York City fetched a total of $ 9.7 million across 187 lots. The sale achieved a sale rate of 85% and set two world records for Japanese masters.

Woodcut of Katsushika Hokusai Under the great wave well off Kanagawa, manufactured circa 1831, sold for $ 1.6 million with a premium, or 10 times its low estimate of $ 150,000. The scene, which is the iconic image of the Japanese painter, depicts boaters bound for Tokyo facing rough waters, with Mount Fuji visible in the background.

Hokusai’s wave prints, begun in the early 1800s, are his most famous works. They were introduced to the European market in the middle of the 19th century. At the time this print was produced, the artist was in his sixties and in financial need.

The previous record for Hokusai was set in 2002, when a book of woodcuts featuring views of Mount Fuji was sold at Sotheby’s Paris for $ 1.47 million. The estate of French art dealer Huguette Berès had sold the book.

An 18th century hanging scroll by Ito Jakuchu titled Pair of cranes and the rising sun, also sold for $ 1.6 million, five times its low estimate of $ 300,000. The two whooping cranes are New Year’s emblems and symbols of immortality in East Asia. The work came from a private Japanese collection and had never before been sold on the market.

The previous record for a work by Jakuchu was set in 2006, when the Metropolitan Museum of Art sold a hand scroll titled Suibokuyu (The pleasure of ink) at Christie’s New York for $ 441,600, compared to an estimate of $ 80,000.

“The outstanding results and global participation in today’s auction demonstrate the strength of the market,” said Takaaki Murakami, Japanese and Korean Art Specialist at Christie’s.