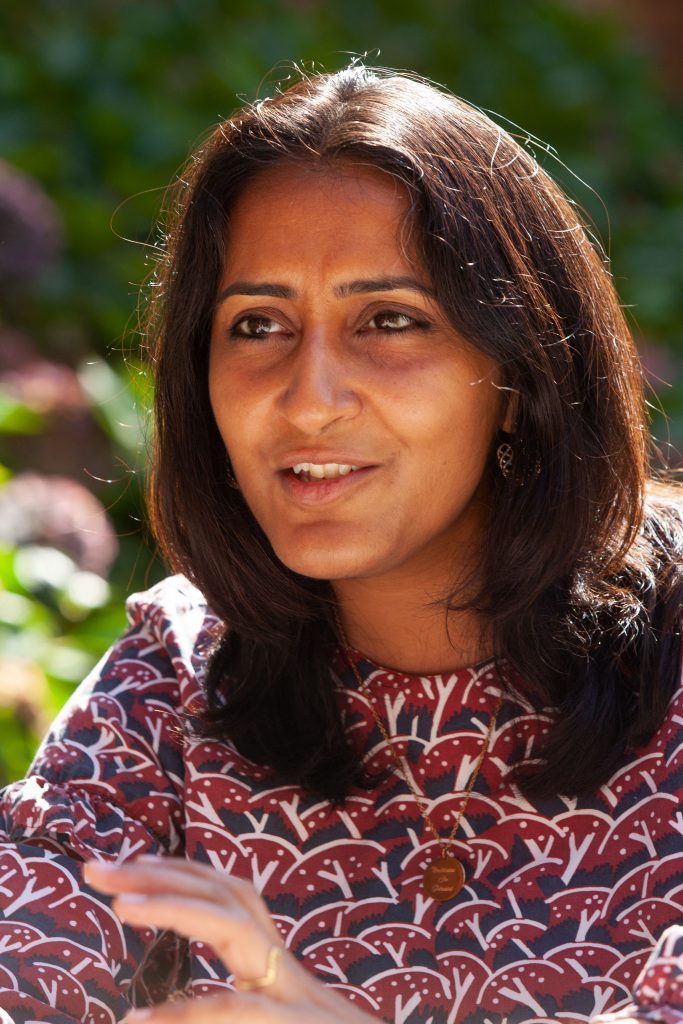 In her candidacy for the position of Champion Climate Administrator at the Museums Association (MA), Sara Kassam wrote of her passion for “affirmative action for sustainable development” and the need for museums to tap into it. appetite and enthusiasm of museum employees and visitors.

This energy and optimistic attitude characterizes Kassam, whose daily job is to lead sustainability at the Victoria and Albert Museum (V&A). While many museums have grappled with how they approach something as big and frightening as the climate crisis, Kassam is clear that the problem is not something anyone in the industry can avoid.

“It’s complex and it’s difficult, but the dominant message has to be one of hope,” she says. “Less misfortune and more urgency and honesty. Everyone is an agent of change and what we want is to unlock that and give them the opportunity to do something.”

Sara Kassam obtained a Bachelor of Science in Geography from the University of Nottingham, where she also worked as an environmental and social justice officer in the student union.

She started her career working in sustainability roles in local government, including Ashford in Kent and the London Borough of Richmond upon Thames, before continuing her studies in higher education.

She joined the V&A as Head of Sustainability in June 2020 and was named a member of MA’s Board of Directors just over a year later. She holds a PGDip in Local Government Management and a PGCert in Low Carbon Buildings, and has volunteered extensively with Scouts, Girlguiding and at Eastlea Community School where she served as governor. for five years.

How museums do this is the main focus of his work at the V&A. The role, which she assumed in the summer of 2020, sits on the museum’s estates team and covers her South Kensington site, as well as the Young V&A, formerly known as the Museum of Childhood in Bethnal. Green and V&A East (opening scheduled for 2024).

Its mission is to bring about systemic change across the organization, centered on a far-reaching sustainability action plan that was released in September. The actions of the plan fall into three categories: people, place and program.

“Systemic change is not about replacing plastic straws with paper straws or recycling – we need to go upstream, look at how we build sustainability into every decision, provide ways for people to intervene in processes and to produce resources that not only us, but the entire industry can use and share, ”says Kassam. “I’m a firm believer in the power of people – everyone knows their work by heart and probably knows how to do it in a more sustainable way, but my role is to help unblock the barriers that keep them from doing it and connect people. to share and learn. “

She has already invested in training V&A staff – from biodiversity to behavior change and intersectional sustainability – and re-launched a network of volunteer staff coordinators in different departments and sites, which is vital for a large multi-organization organization. -sites such as the V&A.

The museum is one of many nationals who have invested in a role dedicated to sustainability. Kassam realizes that this is not possible for all museums, but she believes that putting sustainability into job descriptions will ensure that the changes museums need to make are in line with it.

Despite this being his first job in a museum, Kassam brings a wealth of experience from the higher education sectors and local authorities – both of which have been quicker and more eager to embrace the field of sustainability. than the culture sector.

“In fact, I consider museums to be where higher education was a few years ago,” she says. “Universities have evolved so much since then – they now have teams of people who look after sustainability. “

One of the biggest hurdles museums face is that they come in all shapes and sizes. Kassam insists on the need for coherence, in particular around the language, and for collaboration between all.

“I have had so many conversations with people since I joined the V&A and what I found is that people often ask similar questions – the point is, all the information is out there. just haven’t filtered out, ”says. “The museum sector needs to share knowledge, collaborate and initiate a collective effort around sustainability – and it needs to do it much faster than it is currently happening.

She hopes the V&A action plan will be used across the industry. “I think there is a real need for specific and targeted advice and actions,” she says. “There is so much information available – including a lot of duplicates – and although museums need an in-depth level of detail, they don’t have the time or resources to do all the research themselves. “

Language can be a trigger point with many sometimes confusing terms often used incorrectly – zero carbon and carbon neutral, for example. Kassam recommends a glossary written by its counterpart at Kew Gardens, as part of its 2021 sustainability strategy, as a good starting point for museums looking to tackle this problem.

When it comes to selling sustainability, both to staff and the public, there is always a risk of pushback. While climate change deniers may be a minority in the industry, being told to do something differently than it has always been done can result in a defensive stance. But Kassam says she hasn’t seen much of it at the V&A.

“Everyone has been enthusiastic and supportive,” she says. “The problem is time – people need to be given time to think, research and question different and more sustainable ways of doing things.”

As time is running out when it comes to climate change, accompanying people on the journey is vital. The job title of Kassam, Head of Sustainability, as opposed to Head of Climate Change, is crucial here.

“The term climate change does not capture the full range of the problem,” she said. “Sustainability is a bit more holistic issue and there are more entry points – people have different motivations for doing things, like saving money, and sustainability allows it. “

She cites the definition of sustainability given by the United Nations Brundtland Commission in 1987 as “meeting the needs of the present without compromising the ability of future generations to meet their own needs”.

But with a nod to the V&A as a museum of design and art, she also quotes arts and crafts designer and social reformer, William Morris: “We are only the trustees of those who succeed us.

As she settles into the role of champion climate administrator at MA, Kassam is excited about the possibilities ahead. “I have never met an organization appointing a specific director like this before.

As a relatively newcomer to the industry, she recognizes that her role is a great way to help us understand the big picture and get more involved.

“And I really love that MA is an activist organization – now is the time for the industry to reach out and be bolder on sustainability.”

Founded in 1852 and named after the then British monarch and her husband, the Victoria and Albert Museum (V&A) is the world’s largest museum of applied arts, decorative arts and design.

It is based in South Kensington, London, but has two other branches in London – the Young V&A in Bethnal Green and the V&A East in the Queen Elizabeth Olympic Park in east London, which is slated to open in 2024. In 2017, he opened an international gallery, the Design Society, in the Shekou district of Shenzhen, southern China. A year later, he opened the first V&A museum outside of London, the V&A Dundee.

Progress will be reviewed annually.