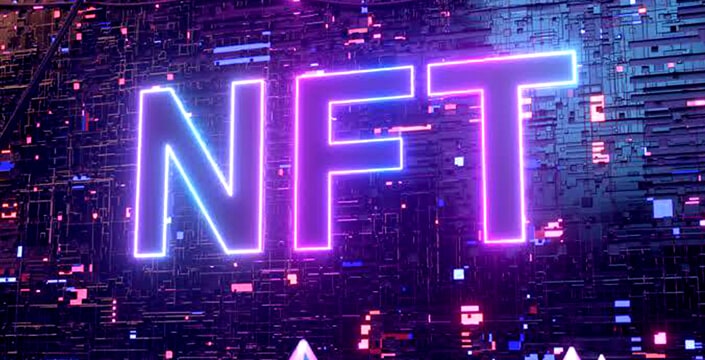 “I learned to do digital art as a hobby. Eventually I partnered with an international company, and through that I saw how valuable my hobby ability was,” said said Yordanos as he reflected on how he became the host he is today.

Despite the fact that the talent set is rare, it is not valued or given the attention it deserves.

In most situations, employers take credit for artists’ work, leaving them with minimal pay and almost no credit. Yordanos recounts several instances in which he completed all the work and his employers cheated him out of minimum pay and no credit.

That’s why artists like him seek to make money from NFTs while retaining copyright ownership of their own work.

An NFT (a Non-Fungible Token) is a financial security made up of digital data stored in a blockchain, a form of distributed ledger. Ownership is recorded in the blockchain and can be transferred by the owner, allowing it to be sold and traded. NFT data units of different types can also be associated with digital files such as images, movies, and audio, as well as a license to use the asset for a certain purpose.

NFTs, in their most basic aesthetic form, are works of art that are digitally exchanged; however this is an underexplained version as it is much more nuanced than that.

“A lot of people think it’s complicated, but it’s really the future, and everyone should be aware of that,” said software engineer and crypto miner Kirubel Samuel.

NFTs, according to Kirubel, are a blockchain. It doesn’t matter where a person is or if they want to buy or sell; an account is simply required to access the platforms.

“You connect your crypto wallet after joining the platform and then you can buy or sell, but you must specify which NFTs you want to sell. It’s akin to social media in that others can browse your profile, l ‘like and bid to buy it,’ Kirubel said.

With NFTs sweeping the art world, the notion of the starving artist is disappearing. Non-fungible tokens have given creators authority, allowing them to earn a greater share of their artistic creation. This motivates artists to pursue digital art as a means of expression.

Discipline is required for all types of art. Many people who have so much to say avoid the profession for fear of not being able to see things through.

According to the Social City Ethiopia art page, digital art is considerably easier than traditional canvas art, as the technology allows for edits that would otherwise take days.

However, like any career, being good would take perseverance and dedication.

“Personally, the ability to express myself attracted me. Almost everything in my head can take digital form,” said the artist behind Social City Ethiopia, who wishes to remain anonymous.

More and more artists, such as Yatreda, which translates to “closing debt,” are actively selling their work as NFTs, motivating other creatives to jump on the bandwagon while it’s still fresh.

Their coin, named “Strong Hair”, was sold as an NFT for 131.41 Ethereum (the currency used on the platform). At the time they made their work available on the digital market, an Ethereum was worth around $2,600.

They are estimated to have earned US$341,666 from a compilation of films featuring Ethiopian culture and hairstyles.

Due to misconceptions and ambiguity surrounding cryptocurrencies and their legal status in the country, many digital artists are undecided about releasing their works as NFTs.

“It’s only illegal to use crypto to pay for things; it is not illegal to possess it and convert it into usable currency. The central bank has just warned of the risks it could bring,” Kirubel said while discussing the likelihood of Ethiopia adopting bitcoin like other African countries.

NFTs have the potential to be used to export creativity, pay artists and generate foreign currency. South Africa’s success in using wildlife images to raise funds for conservation is a good sign of NFT’s ability to generate funds for sustainable growth in the future.