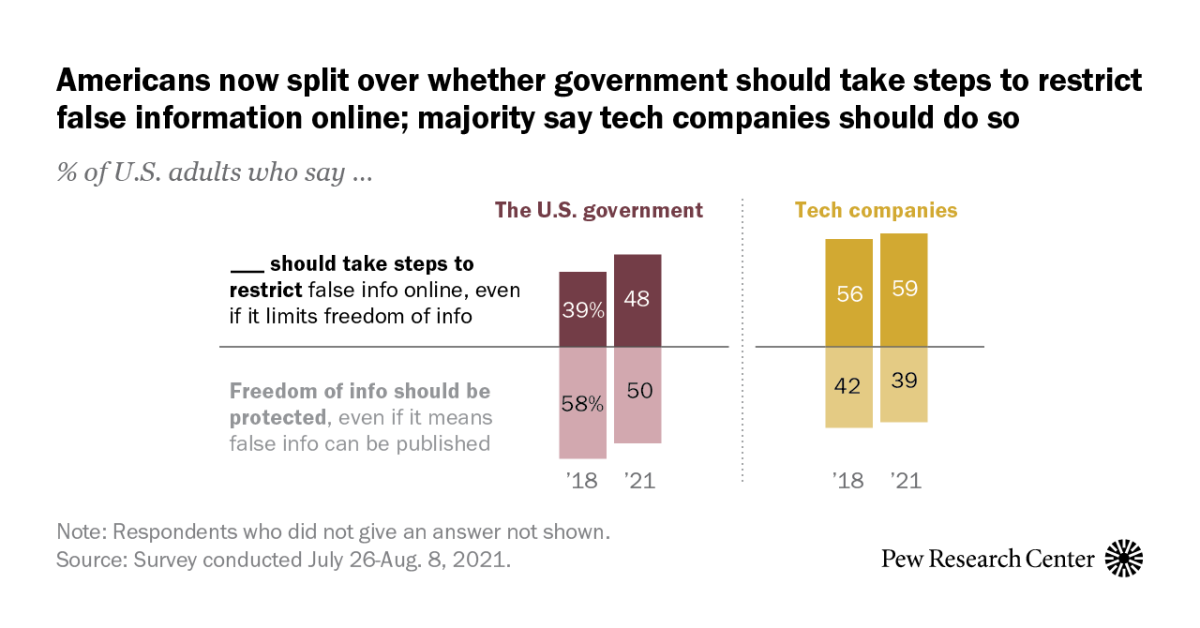 News consumption on social networks in 2021

To better examine the ways Americans get information in the digital age, the Pew Research Center interviewed 11,178 American adults from July 26 to August 8, 2021. All of those who responded to the survey are members of the American The Center’s Trends Panel (ATP), a survey panel that is recruited by nationwide random sampling of residential addresses. That way, almost all American adults have a chance at selection. The survey is weighted to be representative of the adult American population by gender, race, ethnicity, partisan affiliation, education, and other categories. Learn more about the ATP methodology.

In the past, the Pew Research Center has conducted similar research on Americans’ use of social media for news. This survey continues to explore similar topics but in different ways compared to research done before 2020 (see more details here); therefore, some of these measures cannot be directly compared to results prior to 2020. These changes in the wording of the questions reflect the Centre’s efforts to improve the way we measure information consumption.

Here are the questions used for this analysis, along with the answers and its methodology.

This is the latest report from the Pew Research Center’s ongoing survey of the State of News, Information and Journalism in the Digital Age, a research program funded by The Pew Charitable Trusts, with the generous support of the John S. and James L. Knight Foundation.

While social media and tech companies are criticized for not doing enough to stem the flow of deceptive information on their platforms, a significant portion of Americans continue to turn to these sites for information. Just under half (48%) of American adults say they receive news from social media “often” or “sometimes,” down 5 percentage points from 2020, according to a Pew Research Center survey from July 26 to August. 8, 2021.

When it comes to where Americans routinely get information on social media, Facebook overtakes all other social media sites.

In a separate question asking users of 10 social media sites if they regularly receive news there, about one-third of American adults (31%) report receiving regular news on Facebook, while about one in five Americans (22 %) says regularly receive news on YouTube. Twitter and Instagram are regular news sources for 13% and 11% of Americans, respectively.

Other social media sites are less likely to be regular news sources. Less than one in ten Americans say they regularly receive news from Reddit (7%), TikTok (6%), LinkedIn (4%), Snapchat (4%), WhatsApp (3%) and Twitch (1%).

When looking at the proportion of users of each social media site who regularly receive news there, some sites stand out as being more “news” even though their total audience is relatively small. Twitter, for example, is used by 23% of American adults, but more than half of those users (55%) regularly receive information from the site. On the other hand, YouTube, although widely used, sees a smaller portion of its users regularly turning to the site for news (30%).

Overall, the percentage of users of each site who regularly receive information there has remained relatively stable since 2020, a year that included both a presidential election and the outbreak of the COVID-19 pandemic. However, Facebook and TikTok are reversing this trend. The share of Facebook users who report regularly updating the site has declined by 7 points since 2020, from 54% to 47% in 2021. TikTok, on the other hand, has seen a slight increase in the share of users who say that they regularly news on the site, going from 22% to 29% over this period.

In some cases, there are drastic demographic differences between the people who turn to every social media site for information. For example, white adults make up the majority of regular Facebook and Reddit news consumers (60% and 54%, respectively), but just under four in ten (36%) Instagram news consumers are white. Black and Hispanic adults each make up a significant portion of regular Instagram news consumers (20% and 33%, respectively). People who regularly receive news on Facebook are more likely to be women than men (64% vs. 35%), while two-thirds of regular Reddit news consumers are men. The majority of regular LinkedIn news consumers (57%) have a college degree of four years or more. Young adults, aged 18 to 29, are much more likely to receive regular news on Snapchat and TikTok than other age groups.