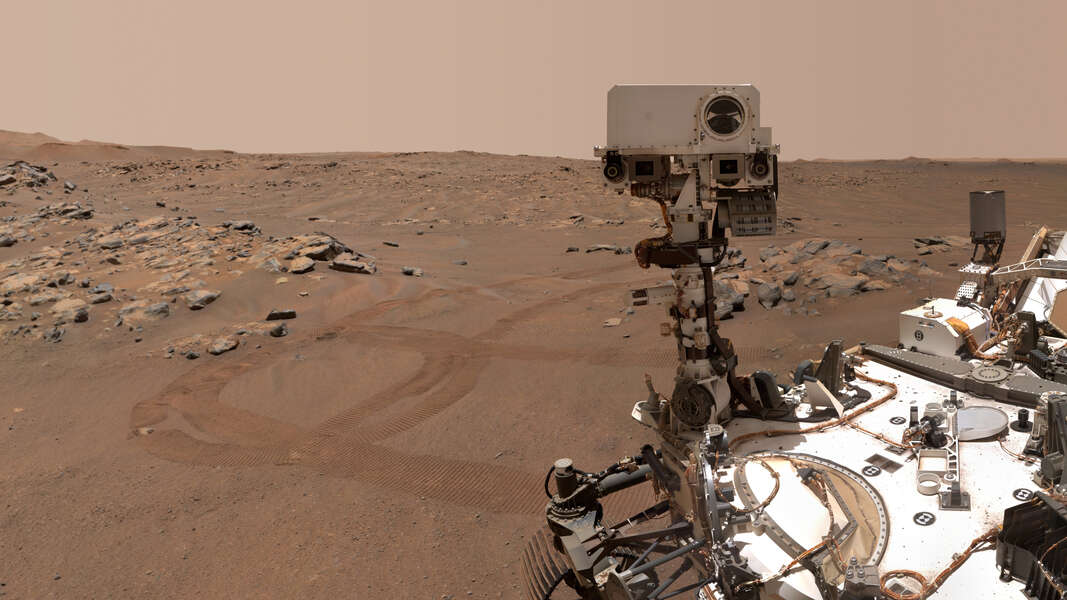 Earlier this year, a lot of attention was focused on Mars as NASA landed its latest rover on the surface of the Red Planet. The Perseverance rover landed on February 18, launching a groundbreaking science mission that includes the Ingenuity Mars helicopter taking flight, proving that powered and controlled flight is possible on other planets.

To celebrate the ongoing mission hundreds of millions of miles away, NASA offers models of perseverance and ingenuity on tour across the United States. Over a dozen museums will host the models as part of the “Roving With Perseverance” tour.

A version of the six-wheeled model is the same size as the real one, roughly the size of a car with a camera sticking out of most people’s heads. Its exploration partner, Ingenuity, could surprise the other way around. The helicopter is relatively small. The two will begin their museum tours in October simultaneously on the east and west coasts, then, as NASA says, “head inland.”

Seeing the rover – or a model of it – in real life can help provide a new perspective on some of the incredible images the craft returned from Jezero Crater.