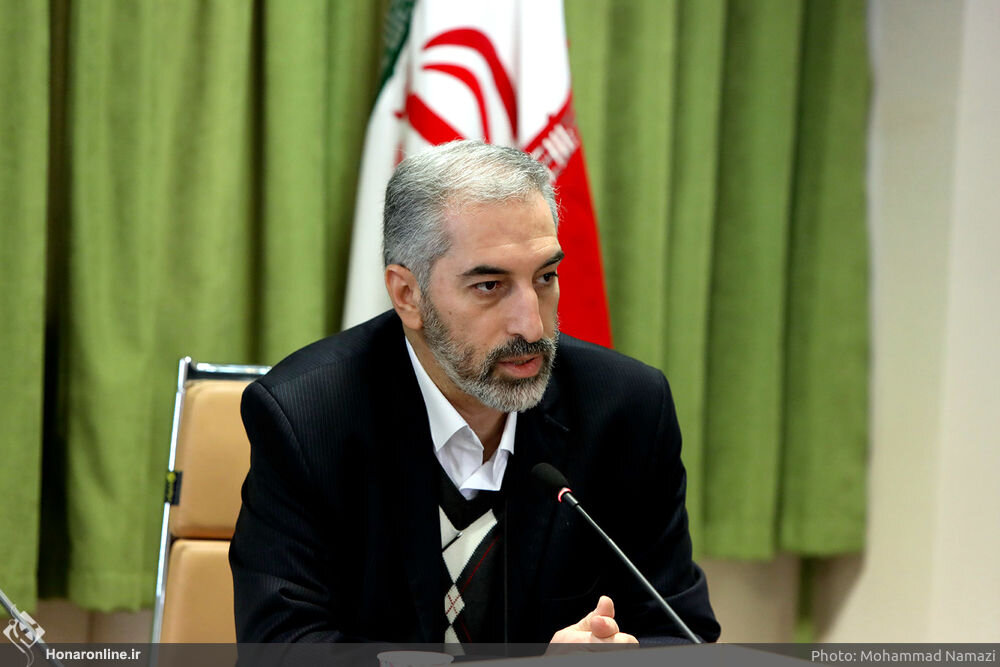 The 15th edition of the Tehran auction took place last week and raised 1,588.9 billion rials (over $5.9 million). The 80 works offered at this auction have been sold.

Following the sales, some individuals questioned the financial arrangements made by the Tehran Auction. They accused the auction house of money laundering, but offered no evidence to back up their claims.

Speaking to ISNA’s Persian service on Monday, Salari said, “I have no concerns about the existing financial mechanism at the Tehran auction, and I welcome any boom in the art market in the country”.

He said: ‘Some people have spoken of money laundering and questionable sources of money at the auction house which, if true, should be investigated by the relevant organizations.

He noted that the Ministry of Culture and Islamic Guidance is not the organization responsible for investigating the matter.

Salari, previously a professor of Iranian vocal music, was appointed vice-minister of culture in charge of artistic affairs last December. Since then, his firm has initiated programs aimed at revitalizing the art market.

“At first, we launched a number of platforms, which gave artists an equal opportunity to offer their works, find customers and receive commissions,” he said.

“I’m not an art market expert, but we can provide artists with installations that can help them showcase their works better,” he said.

He also announced plans by the Ministry of Culture to establish art academies across the country offering free education for all.

Some of the academies are expected to start work on Saturday, Salari said.

“In each province, an art academy for girls and one for boys will be inaugurated and eminent art masters will be sent to the centers to teach them,” he added.

The academies have also been tasked with discovering their talents and realizing their potential, he noted in conclusion.

Photo: Mahmud Salari speaks during his inauguration as Deputy Minister of Culture for Arts Affairs in Tehran on December 8, 2021. (Honaronline/Mohammad Namazi)