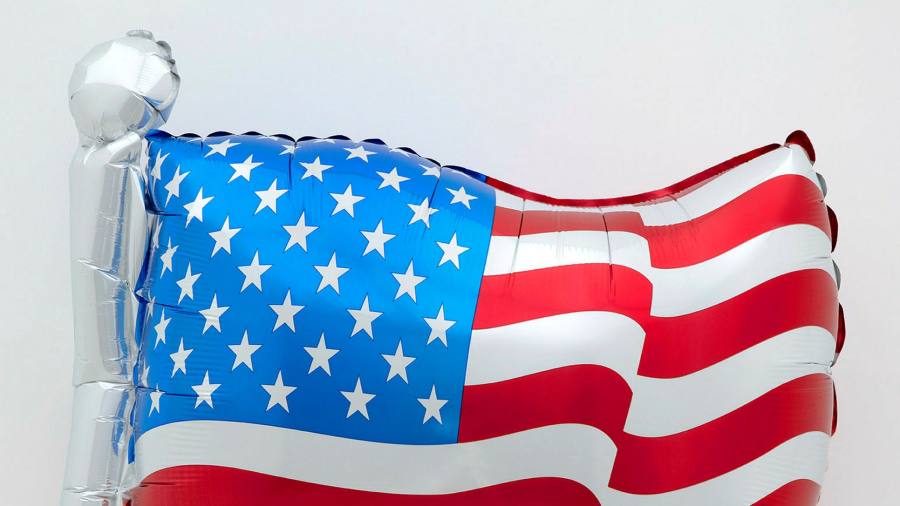 More than 100 well-known artists and estates, facilitated by approximately 50 galleries, donated works to a fundraising event in support of Joe Biden’s presidential campaign. The online sale, hosted by gallery owner David Zwirner on platform.art, kicks off with a videoconference with Kamala Harris, Biden’s running mate, on September 29.

Tickets for this opening event range from $100 to $10,000 per person while the works, on sale October 2-8, cost between $2,500 and $350,000. Available pieces include a complete edition of 40 new prints of a Stars and Stripes helium balloon by Jeff Koons, a 2019 “We Are In This Together (Multi)” neon by Tavares Strachan and “Remember to Dream” by Carrie Mae Weems (2020) silkscreen, which has the words “Vote 2020” printed below the title of the artwork. The sale is expected to bring in several million dollars.

“In a difficult year, it’s really good to see everyone participating. The art world is ready for a change of direction. And having [Harris] throwing it is super exciting and gives credit to all that. She is a real source of energy,” says Zwirner. The sale and launch event are open to US citizens and multi-candidate committees only, due to campaign finance laws.

Auction houses manage to bring in some juicy shipments during the pandemic, and Sotheby’s has now secured a rare portrait of Sandro Botticelli for its January 2021 run of Old Masters sales. ‘Young Man Holding a Roundel’, dated to the artist’s early years of 1475-1485, hits the market with an estimate of $80 million, the highest price Sotheby’s has ever put on an Old Master painting .

The seller, apparently an American, bought it in 1982 for £810,000 while the highest public price paid for a Botticelli was for a Madonna and Child which belonged to John D Rockefeller and sold in 2013 for 10, $4 million. Apostle describes Sotheby’s work as “a stunning masterpiece” and in very good condition. It has been loaned to major museums, including the National Gallery of Art in Washington DC and the Metropolitan Museum of Art in New York.

The gloves are removed in the Marlborough Gallery row as Max Levai, whose role as gallery president ended in June, and Marlborough Gallery Inc filed lawsuits in New York. Max Levai is the son of Pierre Levai, who ran the gallery’s operations in New York while Pierre’s cousin, Gilbert Lloyd, ran the business in London. The two businesses, which were consolidated under Max Levai last year, are owned by four of the Lloyd Family Trusts.

Levai’s lawsuit is against the gallery and two of its directors – Stanley Bergman and Franz Plutschow – and seeks at least $10.85 million for their alleged “coup” in an alleged scheme to ” take control of Marlborough operations from [Max] Levai and his father. The lawsuit includes charges of defamation and breach of contract.

Marlborough’s lawsuit seeks at least $8 million and accuses Pierre and Max Levai, along with two of the gallery’s former employees – Pascal Spengemann and John Helmrich – of wrongdoing, including unjust enrichment and breach of a fiduciary duty, the latter being largely linked to Max Levai’s founding of another gallery in the Hamptons. Gallery solicitor Brendan Johnson said the Marlborough Gallery owner had been trying to find “a constructive way forward”. Johnson confirms again that the gallery’s operations in New York and London are being closed.

Rebecca Wei, who left Christie’s Asia-Pacific as president last year, became a partner and investor in Lévy Gorvy Asia, in charge of managing its Hong Kong gallery. “I felt a bit trapped by the auction processes. Now I can focus more on art and get things done faster,” Wei says.

Wei, born in China, has strong connections in Asia, having been at Christie’s since 2012 (where she worked with Gorvy until he too left in 2016) and previously a partner at consultancy firm McKinsey. She begins her new role as Hong Kong grapples with a fragile relationship with China and also grapples with the impact of Covid-19. “I worry about foot traffic for general retail, but one-to-one relationships are more important for any gallery working in Asia,” Wei says. Hong Kong, she says, “is a very special place and will remain an art hub for the foreseeable future.”

In addition to expanding the gallery’s business in Asia, Wei hopes to instill a taste for Asian art in the West. Lévy Gorvy has galleries in New York and London and opens a Paris space on October 21. Wei begins his new role on October 1.

Also back on the art market is Graham Southern, who left the gallery he co-founded – Blain|Southern – in September 2019, before it closed completely this year. He has now formed Graham Southern & Partners, an artist management agency in London, with Stephanie Camu, chair of commissioning organization Artangel until 2019; Rebecca Davies, previously commercial director of the Marian Goodman Gallery and curator Jess Fletcher, previously also at Blain|Southern.

Artist management, mostly associated with musicians and sports stars, is a relatively untested area of ​​the visual arts world, although companies such as Hyphen in the US and, for more emerging artists, MTArt Agency have a similar model. “An overhaul is overdue in this industry because structures are changing so much. We want to work alongside galleries, which you can’t expect to do everything,” says Southern.