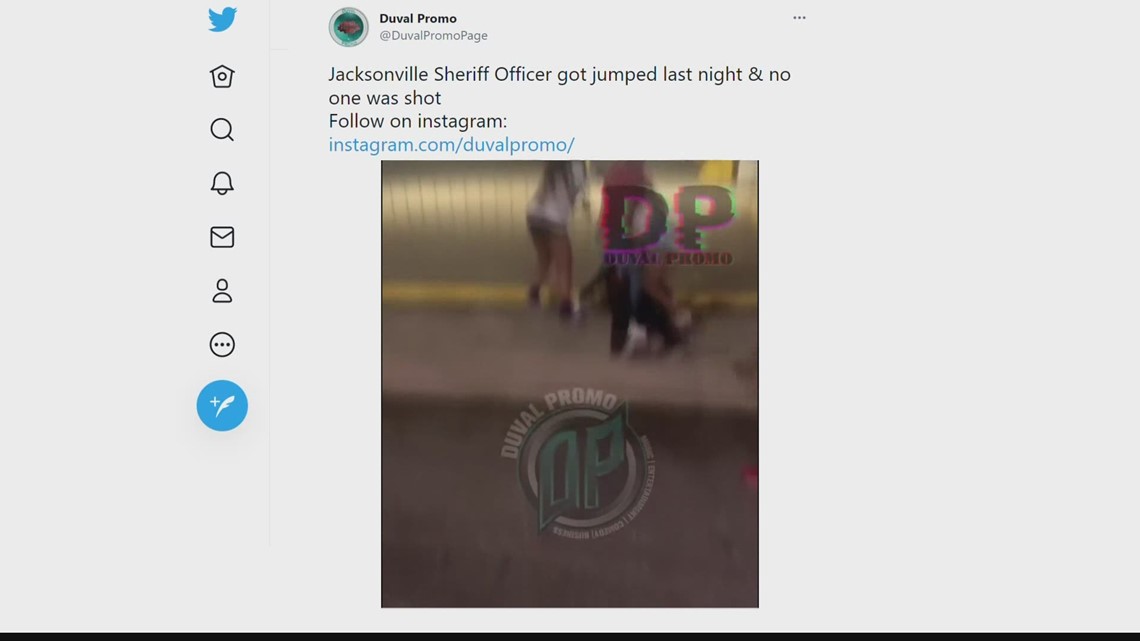 The video appears to show the officer attempting to arrest someone. When that person resists, the officer is tackled and beaten by another person.

JACKSONVILLE, Fla – A Jacksonville sheriff’s officer was attacked Thursday night as a crowd of passersby watched, at least one of whom recorded the incident.

Fraternal Order of Police chairman Steve Zona told First Coast News the officer was “fine” but did not elaborate on any injuries he may have sustained.

Zona also confirmed that an arrest had been made in connection with the incident.

He says the officer was responding to a call for “gunfire” when he ran into a crowd near a Riverside parking lot. The video appears to show the officer attempting to arrest someone. When that person resists, the officer is tackled and beaten by another person. Zona says the woman was the abuser.

“Every policeman sees what’s going on in the country. And you know, it’s not when it’s going to happen, it’s when it’s going to happen. And we just got a little taste of it, where, you know, you’re on your own on your own trying to do good things for the community. And, and as a result, someone attacks you, and now you’re surrounded, “Zona says.” We’re just thankful that no one else in that crowd not joined us and attacked our policeman, but we are also disappointed that they did not help. “

The incident happened outside a parking lot near Edison Avenue.

You can watch the full video on Duval’s Twitter Promo page.

First Coast News has reached out to JSO and a spokesperson has sent us the statement below.

Zona says he hopes to see the abuser punished. “Someone told me it was a sad reflection on our community. And for me it was sad. I just want to make sure this message gets out that we and our officers here in town don’t think so. not that it is a reflection of our community, it is only a reflection of the people who are there [in the video]- and we are always lucky and grateful for all the support we have in this community. “