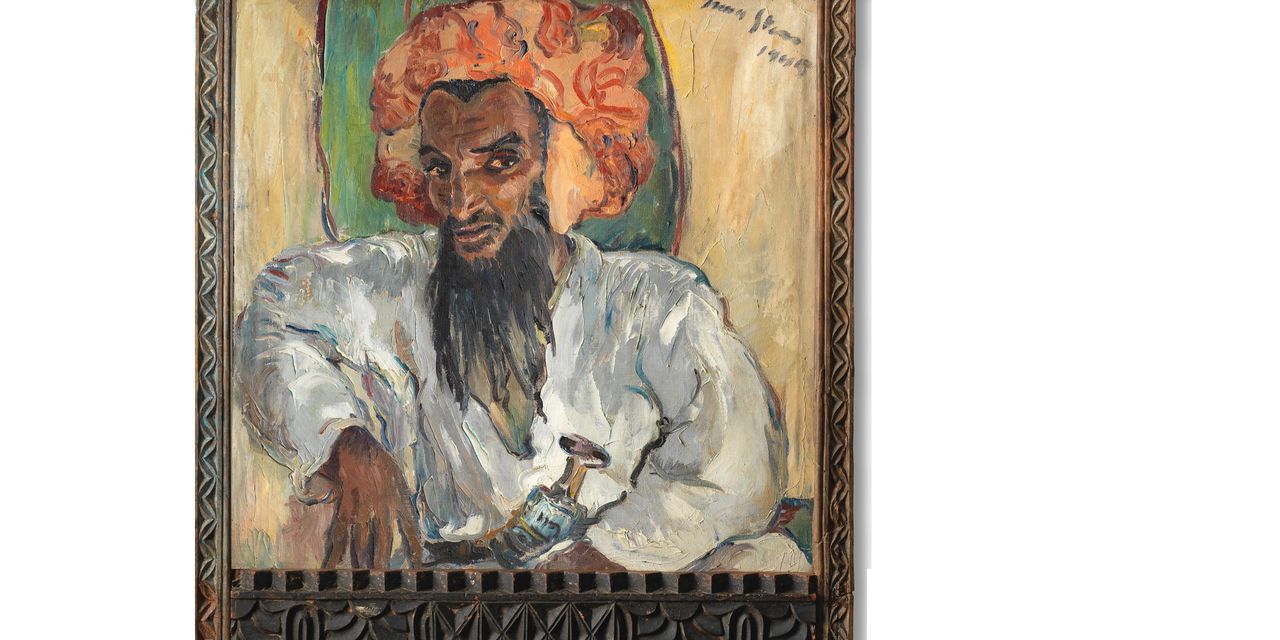 Stern (1894-1966), who traveled extensively in Europe and Africa, took a particular interest in the Arab community of Zanzibar during his two trips in 1939 and 1945. wisdom and full understanding of all the pleasures of the life – living faces with life experiences.

These two visits inspired Stern to create several key works. Another painting, Arab priest, also premiered in 1945, sold at Bonhams London in 2011 for £ 3million, which remains the artist’s auction record. The painting was acquired by the Qatar Museums Authority as part of the collection of the Orientalist Museum in Doha.

“Arab with dagger is remarkable work and shows Irma Stern at her best, ”said Giles Peppiatt, Bonhams director for African art, in a statement. “Like many of her portraits from this period, it expresses not only an individual likeness, but also the fatalism and deep spirituality that the artist found among the Arab people, and that she admired so much.”

The painting is framed in wood carved from Arabic doors, which has been skillfully converted into frames to escape an export ban on highly distinctive doors, according to Bonhams.

Stern’s paintings have been under the radar of modern and contemporary African art collectors. His 1959 work, Grape packer, sold at a Sotheby’s online auction in March 2020 for £ 435,000.