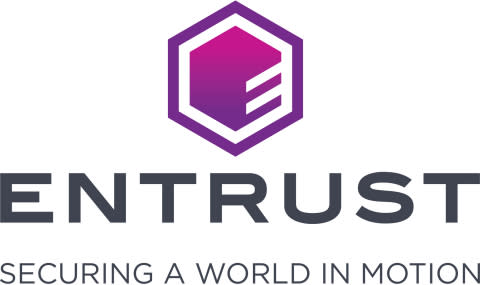 Conducted by the Ponemon Institute, 16th Annual Study Highlights Growing Use of Encryption and HSMs to Protect On-Premises and Cloud Environments

MUNICH, October 20, 2021– (COMMERCIAL THREAD) – Organizations in Germany continue to deploy encryption faster than their global counterparts to protect both on-premises and cloud environments. This finding and others are highlighted in the Entrust 2021 study on encryption trends in Germany, part of the 16e Ponemon Institute annual multinational survey. Research also reveals that this growing use of encryption has resulted in a great overall difficulty associated with managing encryption keys, primarily due to the challenges of assigning owners and finding qualified personnel.

With more than seven in ten respondents (71%) in Germany stating that they have an encryption strategy applied consistently, 2021 marks the fourth year in a row that the country has topped the rankings of respondents. Moreover, this figure is up from 66% last year and well above the global average of 50%.

Additionally, Germany has adopted encryption at a rate higher than the global average for almost all use cases. The fastest growing use cases are backups and archives (71% among German respondents vs. 51% global average) and IoT platforms (58% vs. 34% worldwide), all two up 9% from last year. To do this, organizations in Germany use an average of 9.4 products that perform encryption, compared to an average of 8 products globally, making it the highest rate in the world.

The adoption of encryption is driven by concerns about the exposure of sensitive data. For the second year in a row, respondents identified employee errors as the number one threat to sensitive data, although the response in Germany of 46% is below the global average of 53%. Other top threats include system malfunctions (41% vs. 31% worldwide) and the desire to comply with legal data requests (20% vs. 12% worldwide).

However, this high adoption of encryption adds complexity, with almost two-thirds (65%) of IT professionals surveyed in Germany experiencing a high rate of overall pain associated with key or certificate management, which is the highest region in the world. The main challenge in key management was cited as “no clear ownership” at 91% (the highest rate in the world and significantly above the global average of 64%). Organizations also rated the shortage of skilled personnel higher than the global average (64% vs. 57% globally).

The Growing Role of Hardware Security Modules (HSMs) and the Cloud

A large majority (70%) of organizations in Germany use Hardware Security Modules (HSMs), up from 56% in 2018. This makes it the second highest rate in the world, compared to 49% globally.

Among organizations that use HSMs, more than two-thirds (68%) say they are important to their encryption or key management strategy today. Additionally, 93% say they will be important in 12 months, highlighting the vital role HSMs play in key management. Additionally, among German organizations that use HSMs, 70% have a centralized team that provides cryptography as a service to multiple applications or teams within their organization (i.e. a private cloud model) , compared to 61% worldwide.

Adoption of cloud services is growing rapidly, with German organizations using the highest number of public cloud providers in the world, an average of 2.9 per organization versus the global average of 2.33. Additionally, 79% of businesses in Germany are moving sensitive data to the cloud today (up from 62% last year), while 10% plan to do so in the next 12-24 months. When it comes to encrypting this cloud data, 60% of respondents say their strategy is to only use keys controlled by their organization, compared to a global average of 46%.

“Germany continues to lead our report in implementing data encryption and, more importantly, in applying a consistent encryption strategy. While this is great news for those whose data is protected, research shows it brings more complexity for those who need to manage this strategy and the encryption keys generated, ”said Xavier Coemelck, Regional Vice President EMEA, sales and service at Entrust. “When you factor in the growing adoption of cloud-based services, as well as new technology implementations such as IoT, blockchain, serverless applications, and quantum computing, it’s clear that these organizations have more and more people need a trusted partner who can deliver a comprehensive date protection portfolio to stay ahead. Game.”

Entrust safely moves the world forward by enabling trusted identities, payments and data protection. Now more than ever, people demand seamless and secure experiences, whether they cross borders, make a purchase, access eGovernment services, or connect to corporate networks. Entrust offers an unrivaled range of digital security and credential issuance solutions at the heart of all these interactions. With over 2,500 colleagues, a network of global partners, and customers in over 150 countries, it’s no wonder the world’s most trusted organizations trust us. For more information visit www.entrust.com.