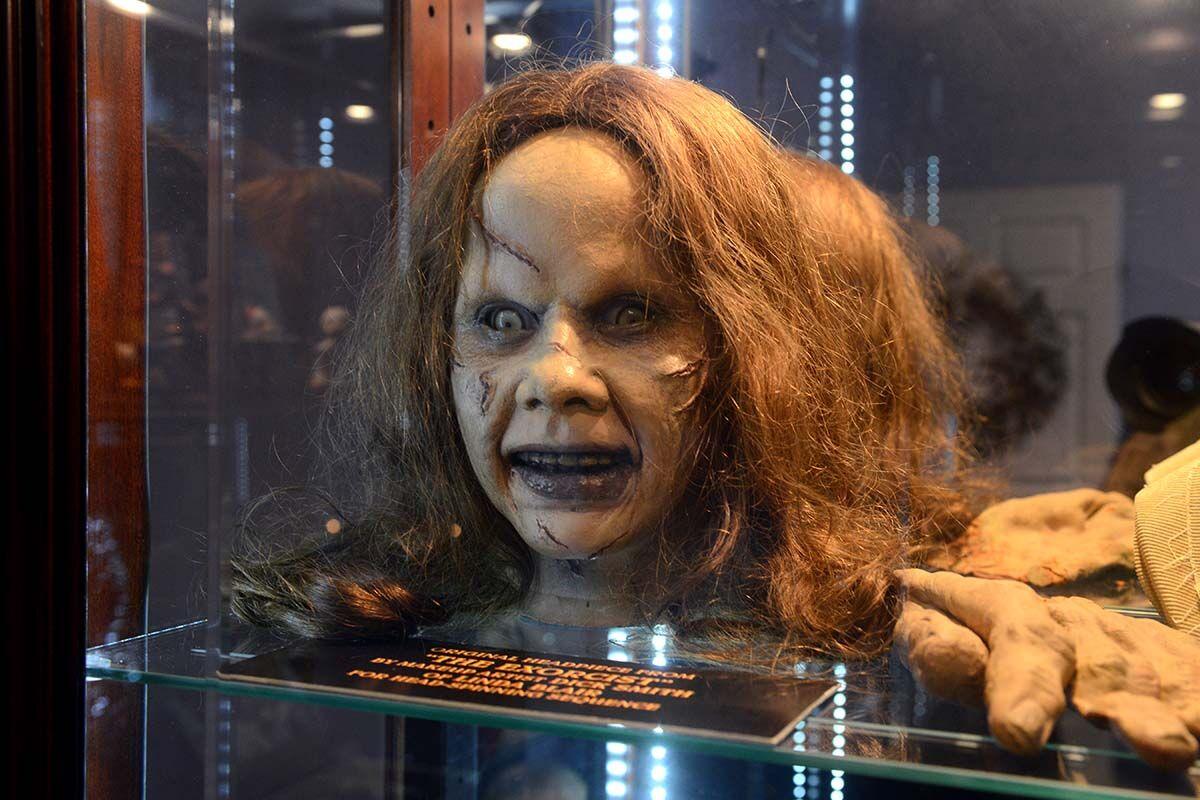 Cortlandt Hull was barely 13 when he opened his Cinema Monster Museum in 1966. It was in a building his parents built in the backyard of their house in Bristol, and he charged 50 cents entry. His first exhibition was a life-size figure of a witch he nicknamed Zenobia, hence the name of the museum.

Celebrating its 55th anniversary, Witch’s Dungeon Classic Movie Museum now boasts 25 life-size wax figures, mostly classic horror movie characters in sets representing their films, but also science fiction and fantasy. About 2,000 pieces of movie props and authentic memorabilia are on display in films such as Dracula in Close Encounters of the Third Kind. Hull has more elements than display space, so it rotates objects, ensuring regular visitors have something new to see. The museum was previously only open in October, but after moving to Plainville from Bristol last year, it is open year round, Friday through Sunday, with guided tours. Over the years, visitors have flocked here from 40 states and 27 countries.

“When I started this Halloween was only celebrated one day and it was pretty boring. All you did was make treats or go to a costume ball, ”he says. “There weren’t any attractions related to classic movie monsters or anything like that, so we were the very first.”

The inspiration for the museum was twofold. Suffering from a rare blood disease as a child, Hull was mostly housebound, where he built kits of Aurora movie monsters. “The problem was they were only 8 inches tall and I wanted them full size,” he says. “I was a weird little boy. I loved going to wax museums, but my disappointment was that whenever they promoted a chamber of horrors, I expected them to be classic movie monsters. Instead, they were torture devices.

Combining his interests in model making and wax museums, Hull has created a place that pays homage to classic film actors and makeup artists. He’s still adding items and will unveil two new minifigures in October. Original movie props feature prominently in the collection, and rare items include one of two exorcist heads for Linda Blair, headdresses from The Planet of the Apes and a gold idol from Raiders of the Lost Ark. . Beginning on Thanksgiving weekend, the museum will feature “Holiday Monsters,” when visitors can see holiday-themed movie sets, including vintage toys.

RELATED: Quiz: How Many Of These Famous Horror Movies Were Made In Connecticut?

The Phantom of the Opera Ensemble: “The Phantom has been one of my favorite movies since I was little, so it’s probably my favorite setting. We have Lon Chaney Sr. as the ghost and the red death in the movie,” he says.

Linda Blair’s Exorcist Head: Dressed in full demon makeup by artist Dick Smith, the head was later donated to Hull by Smith. “It’s so true and there have only been two,” Hull says. “Dick Smith was amazing, the way he taught me to do makeup and accessories.”

Black Lagoon Head Creature: Among the life-size characters, Hull is thrilled to have a prototype rare creature head, which looks more like an eel than the movie version.

London werewolf figurine: “My great-uncle, Henry Hull, was the werewolf of London, so my figure of him as a werewolf is definitely a favorite,” he says. “If it hadn’t been for Henry, I wouldn’t have met a lot of these people in the movie business and not many people can say their uncle was a werewolf!”

This Island Earth alien helmet: From Hull’s favorite sci-fi movie as a child, the original helmet used for the alien, Metaluna Mutant. “It’s a unique design and I’ve always loved it.”