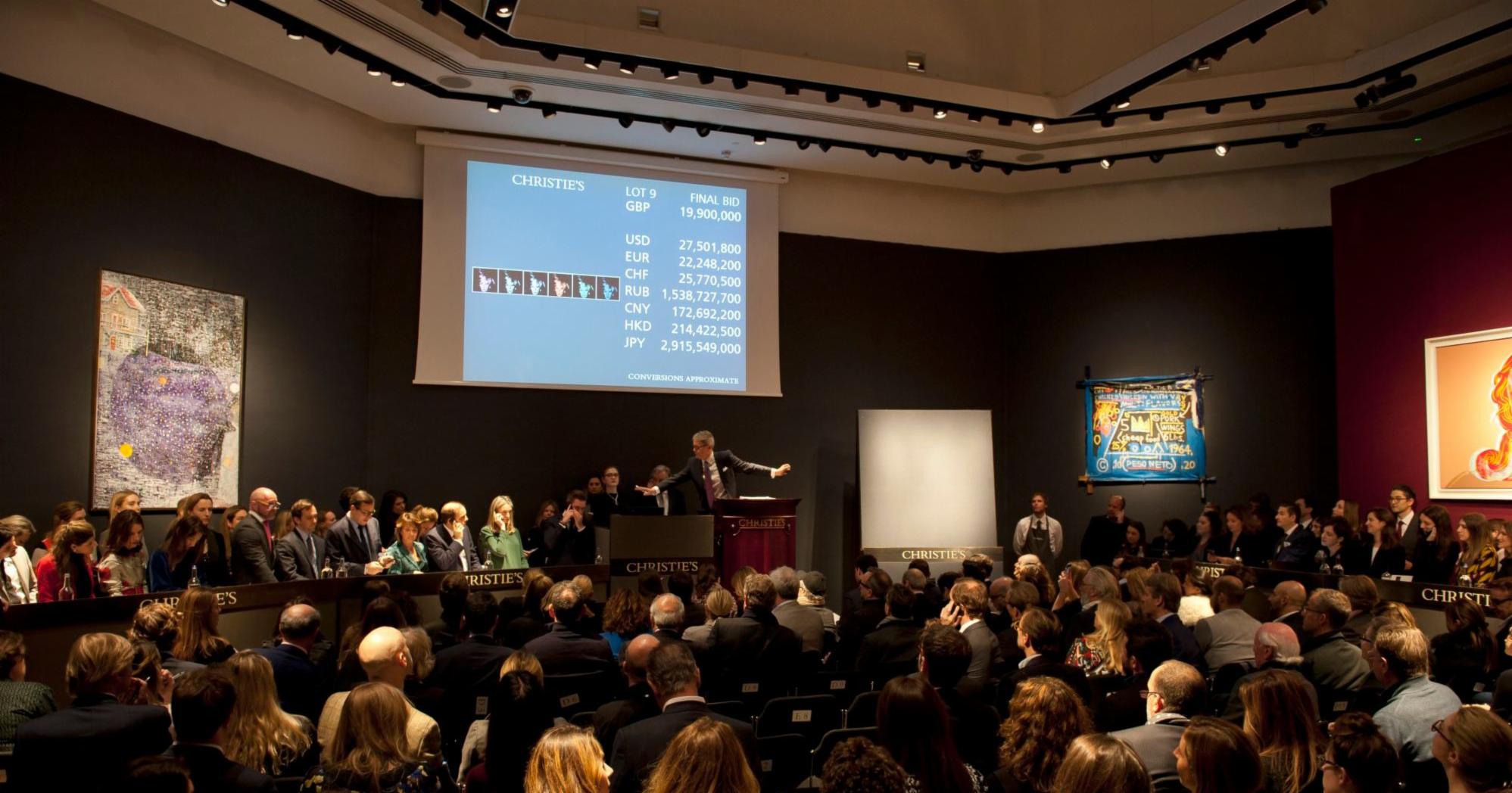 A rare visitor to London auction houses (Ab-Ex works are usually offered in New York), it is cast and splashed enamel and aluminum paint on masonite, Number 21, 1950, squeaked with a phone offer of £8.1m, or £9.3m with fees, a few million pounds shy of his low estimate of £10m. At the modest scale of 22 1/4 by 22 1/4 inches, the work was first exhibited in the artist’s solo show at the Betty Parsons Gallery in 1950. Remarkably, of the 32 Pollocks exhibited at the Parsons exhibition, a single, lavender mist (1950), sold – to Alfonso Ossorio, a wealthy artist and close friend of Pollock, according to the catalog entry.
In stark contrast to Pollock’s delightfully wild abstraction, it is generated shimmering and photo-realistic Venedig (Insel) (Venice (island)) from 1985 sold for £3.7m, or £4.3m with costs, barely scratching its low estimate of £4m.
Among the few annoying glitches in the sale, it is terribly macabre composition, Study for “The Kaiser Wilhelm Institute” (2011), depicting Nazi war criminal Doctor Josef Mengele, originally unsold at £380,000, just short of its low estimate of £400,000.

Later in the sale, Christie’s auctioneer and global chairman Jussi Plykkänen re-offered the lot, a first for a Christie’s evening sale, according to the house, and sold it to a telephone bidder. anonymous for £400,000, or £488,750 with bonuses. Christie’s said the end buyer lost phone connection in the first round of bidding and pleaded for it to be offered again.

“We are very excited because this is a collection where the new owner has a strong sense of social justice, just like the artist,” Asher said as she rushed out of the auction room. .