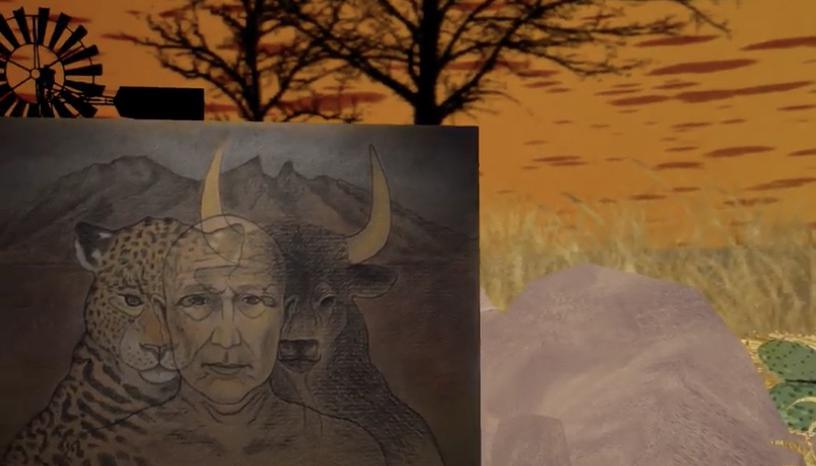 Blue Star Red Dot, the biggest art sale and fundraiser each year for Blue Star Contemporary, goes high tech with an augmented reality app specially designed for the event. This is just one way for art lovers to see the work and support the exhibition space.

Stoke, a San Antonio-based augmented reality development studio, is creating the free app, which goes live Wednesday and can be used until October 4. It’s called Blue Star Red Dot and is available for iOS and Android.

“We believe this will revolutionize the way people share and display art and how we support art, especially in a changing world like the one we know today,” said Patrick Atwater, Founder and CEO of Stoke, during a media preview of the app.

Red Dot, which raises about a third of Blue Star’s budget each year, is usually a one-night party and sale that takes place in the spring. This year’s 30th annual event was postponed when things started to shut down due to the coronavirus pandemic. The hope was that things would have improved enough to hold an in-person event this fall, executive director Mary Heathcott said, but when it was clear that wasn’t going to be possible, the Blue Star team opted for the virtual channel.

The app will allow users to move around the Blue Star galleries, see the artwork up close, as well as information about it and the artists. They will also be able to make in-app purchases.

Each year, Red Dot also honors a patron and artist for their support of the city’s arts community. This year’s sponsor is former board chair Francesca “Francie” Billups Mannix, a collector and philanthropist.

The honored artist is César Martínez, a major figure in the Chicano art movement of the 1970s and 1980s. Several of his works will also be available for sale.

Proceeds from most sales will be split 50-50 between Blue Star and the artist. A few artists have decided to donate all profits to Blue Star.

“Where are we at this year, with so many artists having postponed or canceled so much, being able to give their work a physical space for as long as we could felt really important to me,” said Jacqueline Saragoza McGilvray, curator and head of exhibitions. .

Prior to the pandemic, plans had been put in place to ensure the Red Dot show would be in place for more than one night to make it accessible to more people, Heathcott said. The app and gallery on the website will do that too, she said, but there’s no substitute for visiting art in person.

“It’s incredibly important to experience art in person when it’s safe to do so,” she said.

Deborah Martin is an arts writer from the San Antonio and Bexar County area. To learn more about Deborah, become a subscriber. [email protected] | Twitter: @DeborahMartinFR