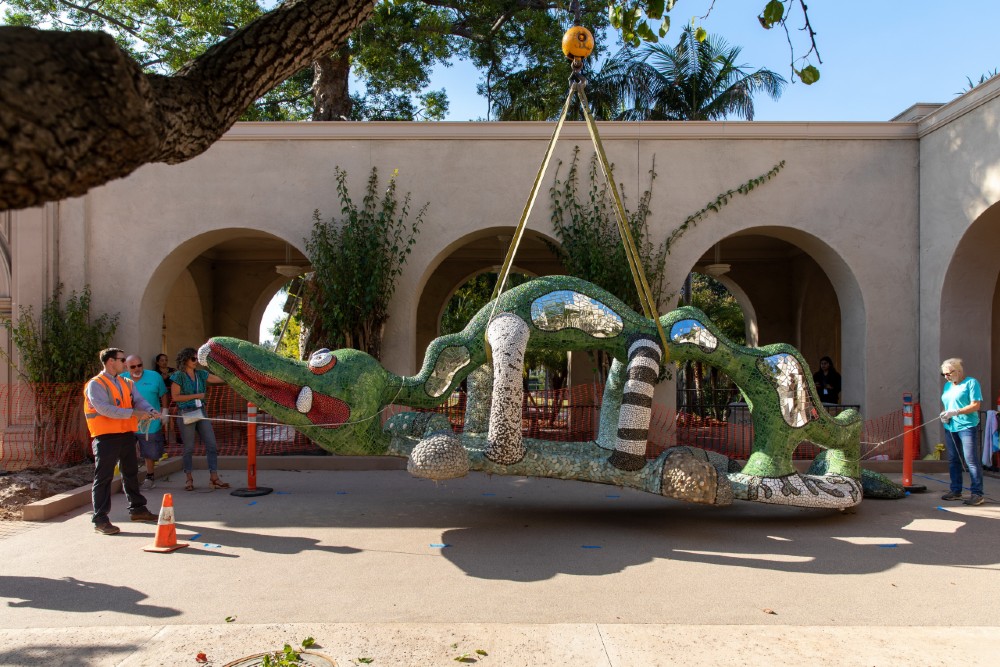 Nikigator – the whimsical Nike mosaic of Saint Phalle that was climbed by multitudes of San Diego children – is back in its original home outside the Mingei International Museum in Balboa Park.

The 5,000-pound sculpture was moved to Liberty Station in July 2019 for safety reasons as the renovation of the Mingei began. He returned by crane on Monday, just two weeks after the museum reopened to the public.

“We are delighted that it can once again be a beacon for the museum and a fun destination for families in its native habitat in Balboa Park, ”said Mingei Executive Director and CEO Rob Sidner.

The whimsical alligator was sculpted in 2001 by the late Franco-American artist while she lived in La Jolla during the last years of her life.

The artist’s other beloved large-scale mosaic sculpture, The poet and his muse, is fitted out to welcome visitors in the new western entrance to the museum from the Alcazar garden.

The renovated Folk Art Museum is open to the public from 10 a.m. to 5 p.m., seven days a week, with extended opening hours until 8 p.m. on Thursdays and Fridays.