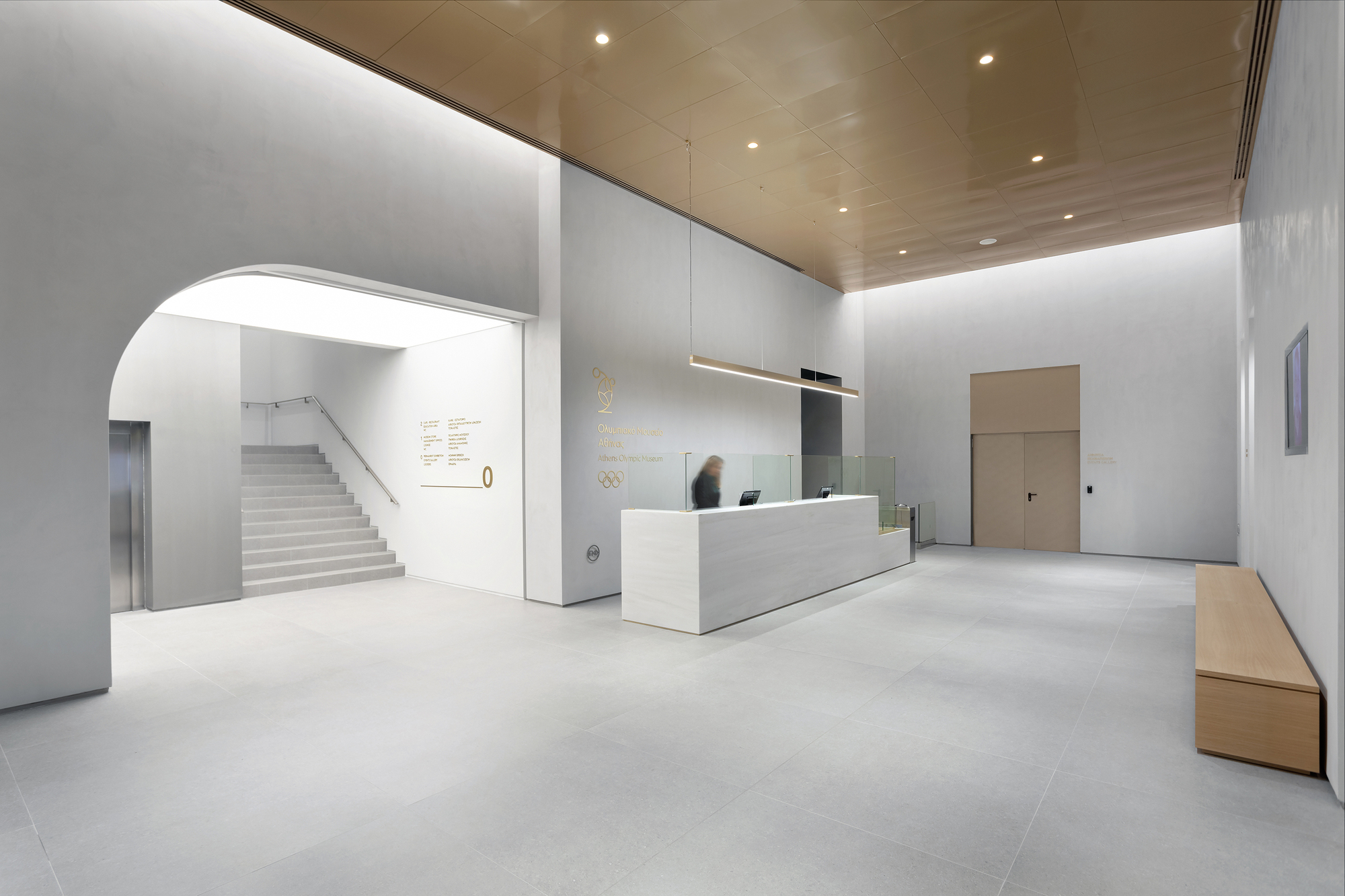 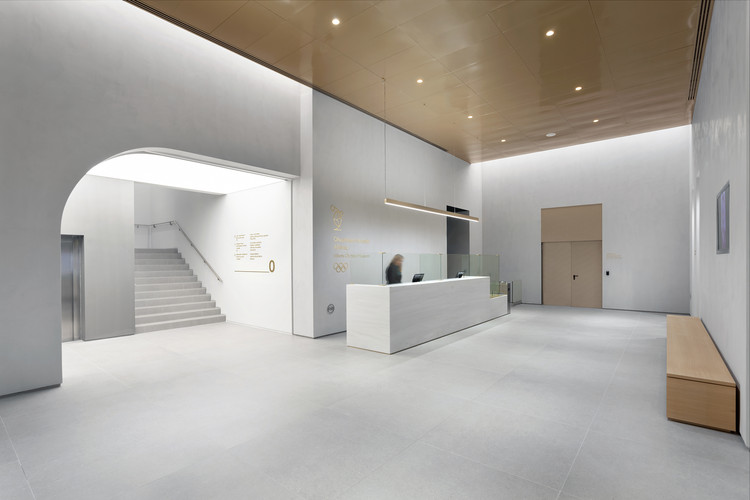 Text description provided by the architects. Working with the envelope of an existing building that was the (IBC) International Broadcast Center during the Athens 2004 Olympic Games, KLab (SPATIAL DESIGN) and Mulo Creative Lab (EXHIBITION DESIGN), focused on transforming the interior of the museum in one, a learning experience, full of spatial and graphic surprises for the visitor.

The museum is organized in two parts. One tells the story of the Olympic Games from their beginnings in ancient Greece until their rebirth in 1896, and their modern period as we know it until today. The second part is devoted to the Olympic movement, its values, its athletes and its sports.

The architects and designers developed the architecture and the scenography of the exhibition in parallel, so that the whole seems coherent. Both design teams had the privilege of working simultaneously in the same space to develop a complete idea of ​​the final look of the museum with its exhibits and graphics.

The minimal yet monumental museum gives you the opportunity to explore a variety of intriguing spaces. The narration of each space leads to an ad hoc design while maintaining an overall architectural identity. While spaces are powerful, their abstraction allows for different readings and different architectures of objects and graphics to complement each other without distracting from the information rich content.

Curves and arches have been introduced in a new way reminiscent of the old stadiums. This created a flowing organic space that covered the 1800m2 of exhibition space making the movement of museum visitors easy and comfortable.

Klab architecture and Coolshadow as lighting consultants believe that the light in this museum should be a priority. We felt that he must be omnipresent, as in the Greek landscape, without being noticed. The spaces were filled with light simulating natural light entering the spaces.

The transitions from space to space have been meticulously treated to offer smooth or surprising transitions. Differentiation in ceiling heights, variations in color and texture, and attractive graphic illustrations produce a complex spatial narrative that emphasizes content.

“We had endless sources of inspiration for the overall composition,” explains KLab director Konstantinos Labrinopoulos, “because we had many objects to work with, supported by other museums and cultural organizations and the vast archaeological treasure of Greece. Our design, to some extent, highlights the meaning of athletic competition, through depictions of athletes in motion, which in turn is a narration of the idea of ​​the evolution of sport over time.