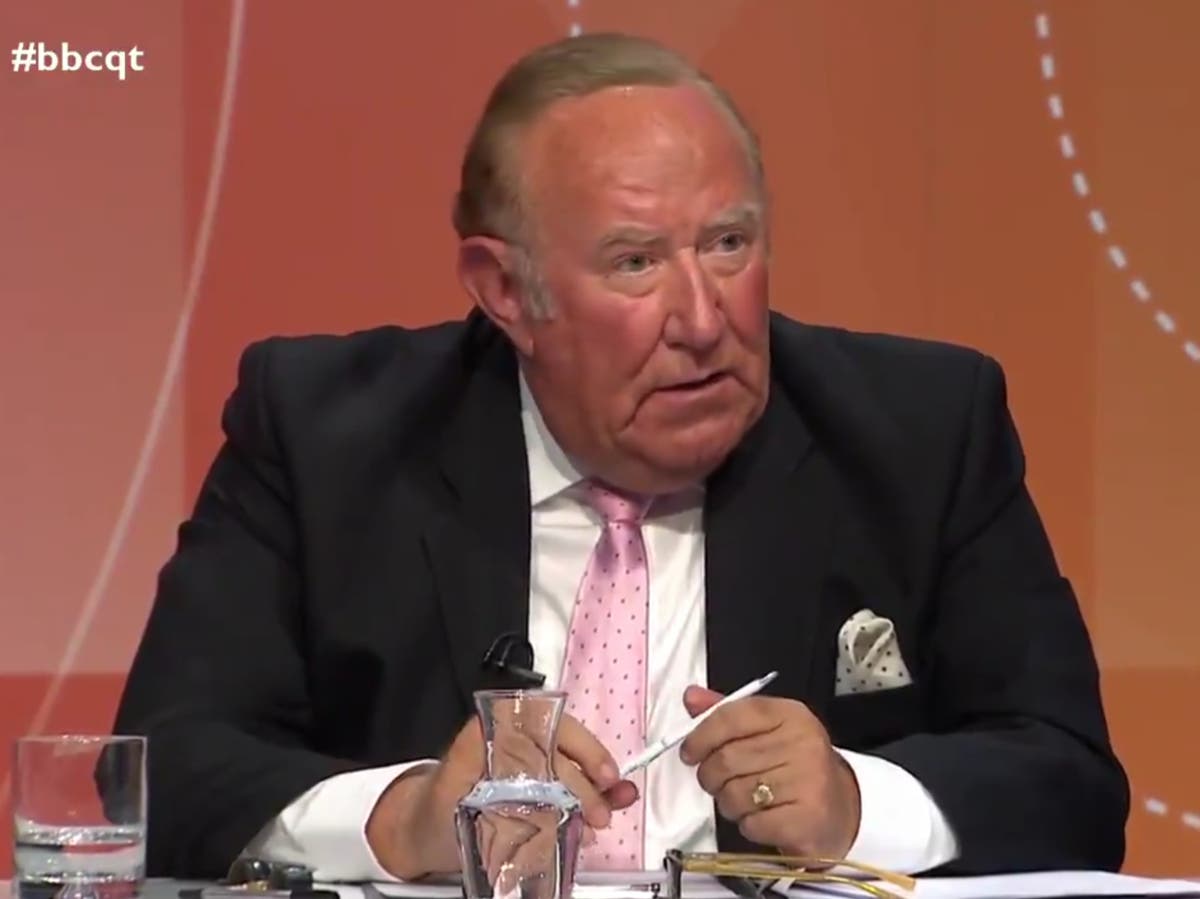 Andrew Neil said he resigned as chairman and main presenter of GB News this week because he did not want to be part of a “British Fox News”.

In an appearance on the BBC Question timeMr Neil declined to explicitly criticize the new channel, which he officially left on Monday, but said its direction was not the same as that envisaged before its launch.

“I had always made it clear that it wouldn’t be UK Fox News and I think you could do something different without getting close to Fox,” Mr Neil said.

“It’s not my kind of journalism and I never would have set out to do that.”

Mr Neil added: “I’ll let you draw your own conclusions as to why I’m here tonight and not with GB News.”

The seasoned journalist also admitted that the channel’s launch could not be considered a “surprising success” after its opening week was plagued by technical difficulties.

When asked if he left GB News because he had become too right-wing, he said: “People should make up their own mind about this.”

His comments came after the channel hired former UKIP frontman Nigel Farage to host a weekly show, in a move that was seen as a pivot to more populist and right-wing content.

The resignation of Mr Neil, who was the public face of GB News, was widely seen as a blow to the channel, just three months after its launch.

The 72-year-old presenter had been on the air for less than two weeks before announcing he would take a break from his show.

In a statement earlier this week, Mr Neil suggested he quit the channel because he wanted to “cut back” on his work commitments.

“I’m sorry to go, but I have concluded that it is time to reduce my commitments on several fronts,” he said.

“Over the summer I had time to reflect on my large portfolio of interests and decided it was time to cut back.

“I wish GB News the best of luck in continuing to fulfill its founding promise and mission to reach audiences currently underserved by existing news broadcasters.”