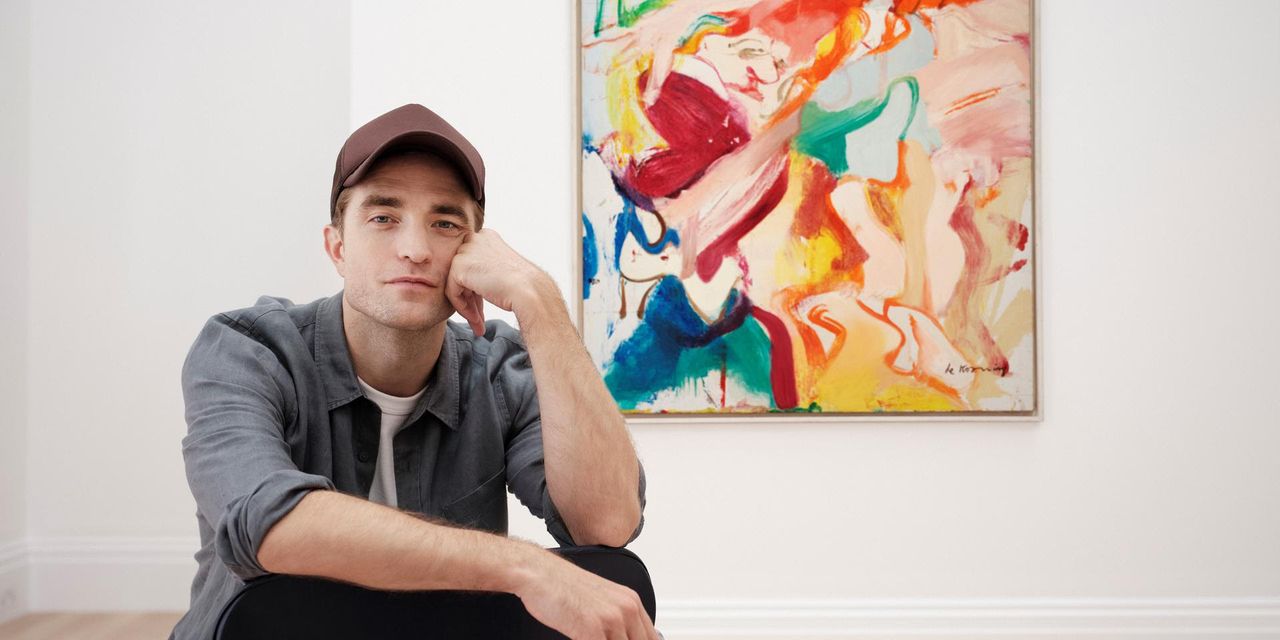 
Dusk Actor Robert Pattinson has lent his insightful eye to Sotheby’s, curating a selection of contemporary artworks for an upcoming New York auction.

The first choice of Pattinson, 36, who began his film career playing Cedric Diggory in the fantasy film Harry Potter and the Goblet of Fire in 2005 and this year starred as Batman in Matt Reeves’ superhero movie The Batman, is Willem de Kooning Untitled1964.

“De Kooning can capture so much energy, and this work is incredibly fresh, present and exciting,” Pattinson said in a statement Wednesday. “Looking closely, it’s incredibly sensual and quite tasty.”

The painting features Kooning’s characteristic use of layers of oil to depict abstract figures in vivid colors. It is expected to sell for between $1.8 million and $2.5 million at the sale, which will take place at Sotheby’s in New York on September 30.

Painting by De Kooning from 1997 Untitled XXVwhich fetched $66.3 million at a Christie’s auction in New York in November 2016. Its auction record was set by the 1955 painting, The woman as landscapesold for $68.9 million at Christie’s in 2018.

Pattinson’s other five favorite pieces span a variety of mediums, from sculpture to painting to collage, and represent both established and emerging artists.

They include work on paper by Richard Serra Rotate #9; Yiadom-Boakye’s old rope, a portrait made in 2006; Thomas Houseago’s bronze and redwood sculpture from 2009, Portrait; Work on paper by Julie Mehretu Untitledd, 2005; Anselm Kiefer’s painting in 2012, Sag mir wo die Blumen sind (Where have all the flowers gone); and Kiss by the windowan oil on canvas painting by Genieve Figgis in 2015. Pre-sale estimates range from $30,000 to $1.25 million.

“As an actor, I’ve always felt a certain synesthesia between different art forms and the possibility of linking them together, whether it’s a sculpture, a song or an acting role, all at the same time. “, Pattinson said.

The actor also performs music and has sung on several film soundtracks, such as the songs let me sign and never think for Dusk 2008, in which he played Edward Cullen.

His picks, along with other auction highlights, will be on public display September 23-29 at Sotheby’s Galleries in New York.

Launched in 2013 in New York, Sotheby’s “Contemporary Auctions” have taken place in London, Milan and Hong Kong. Past guest curators have included Margherita Missoni, Oprah Winfrey, Jay Chou and Cynthia Erivo, among others.